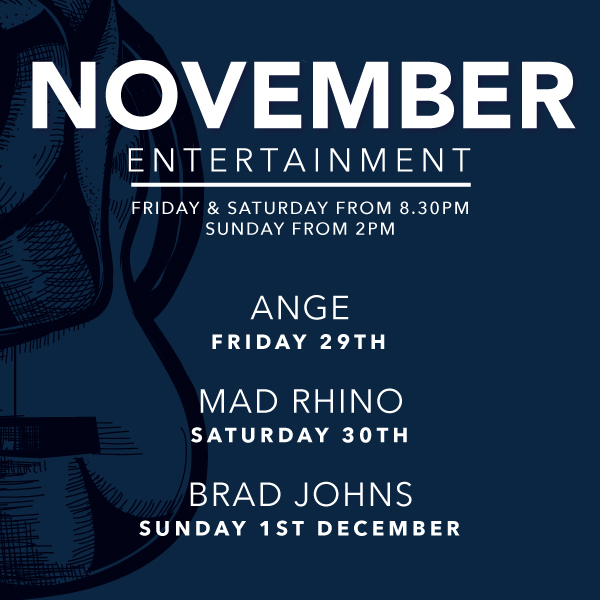 Don’t miss a weekend of great live music at the George IV Inn.

Friday 29th Ange – The Spence & Ange Duo is the coming together of the most sought after singer and guitarist in the country.
While Ange has toured and recorded with bands such as Dragon, The Angels, Swanee and The Bombers, and has worked as a hired gun for most of Sydney’s cover shows at some time.
Spencer Jones has also sung with some huge names in the industry such as Jimmy Barnes, Dave Leslie (Baby Animals), Glenn Shorrock and was also featured on The Voice where he shone under the coaching of Kelly Rowland becoming the most successful rock vocalist in the show’s history.
Spencer and Ange wow audiences wherever they play with their world class talent. With a mix of classic hits, you know and love, done with rare talent and tone they will leave you delighted and in awe from the experience. It doesn’t get better than this!!!

Saturday 30th – Mad Rhino are a 3 piece rock band from Sydney’s outer suburbs, featuring The Rev T (Trevor Brown) on Guitars and Vocals, Rob Brown on Bass and backing vocals and Paul Jolley on Drums and backing vocals. Catch us soon at a venue near you!!!

Sunday 1st – Brad Johns: Singer, guitarist, above all, an entertainer for many years, is currently enjoying playing several gigs a week as a solo artist and with his band, anything from solo acoustic to a trio and up to an 8 piece band. With a repertoire of over 2,000 songs current, classic even originals, allowing him to connect with the audience Brad says, “I play songs from every popular genre and I love playing requests.” From contemporary to classic songs, Blues to Jazz, decades past to today, chilled to pub rock, dance to country, he can entertain a rowdy crowd of dancing party people or tone it down for a dining or cocktail crowd