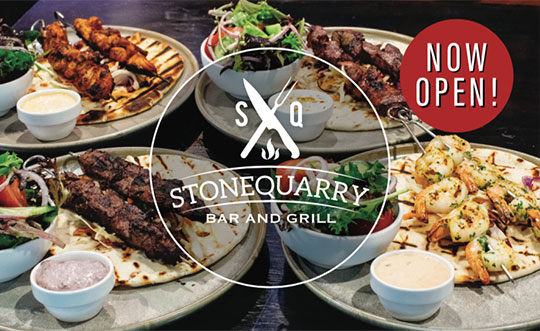 As one of Australia’s oldest licensed venues, our iconic George IV Inn is thrilled to announce that our brand new Stonequarry bar & grill bistro is NOW OPEN!

Our Bistro features variety of food, including fresh pizzas, a variety of meat, seafood and veggie skewers from our Robata Grill, all the pub classics, weekday specials and much much more! We also have some great new weekly specials. 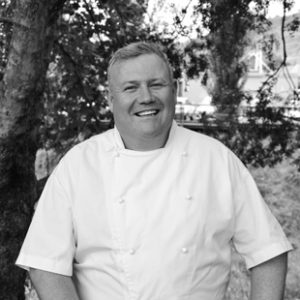 Born & raised in Oxford UK, Metcalfe’s passion for the culinary world began at the tender age of 16 when he won an apprenticeship at a 5 star hotel, which saw him move to Devon to pursue his love of the kitchen.

From there his skills, energy & passion took him to London where he worked in Michelin Star restaurants for the likes of Marco Pierre White, Phil Howard & Gary Rhodes.

In 2001 James made the journey to Australia and joined the opening team at Becasse, where he later took over as head chef and assisted chef & owner Justin North in the opening of Etch, Becasse Bakery, Quarter Twenty One, and Charlie & Co. eventually taking the role as Group Executive Chef for the Becasse Group. Throughout the years with the Becasse Group, they were awarded a number of accolades, including two hats, and his peers hold him in high regard.

James went on to successfully open the Bourbon in Kings Cross with C-inc group followed by the highly anticipated relaunch of the Bellevue Hotel in Paddington, which received a chef’s hat in 2016.

James is now the Managing Director of his own business, JRM Hospitality. There is an energy and passion that drives James and he has the ability to see opportunities that others miss.

James is a true believer in giving back which has led to his involvement in many philanthropic activities.