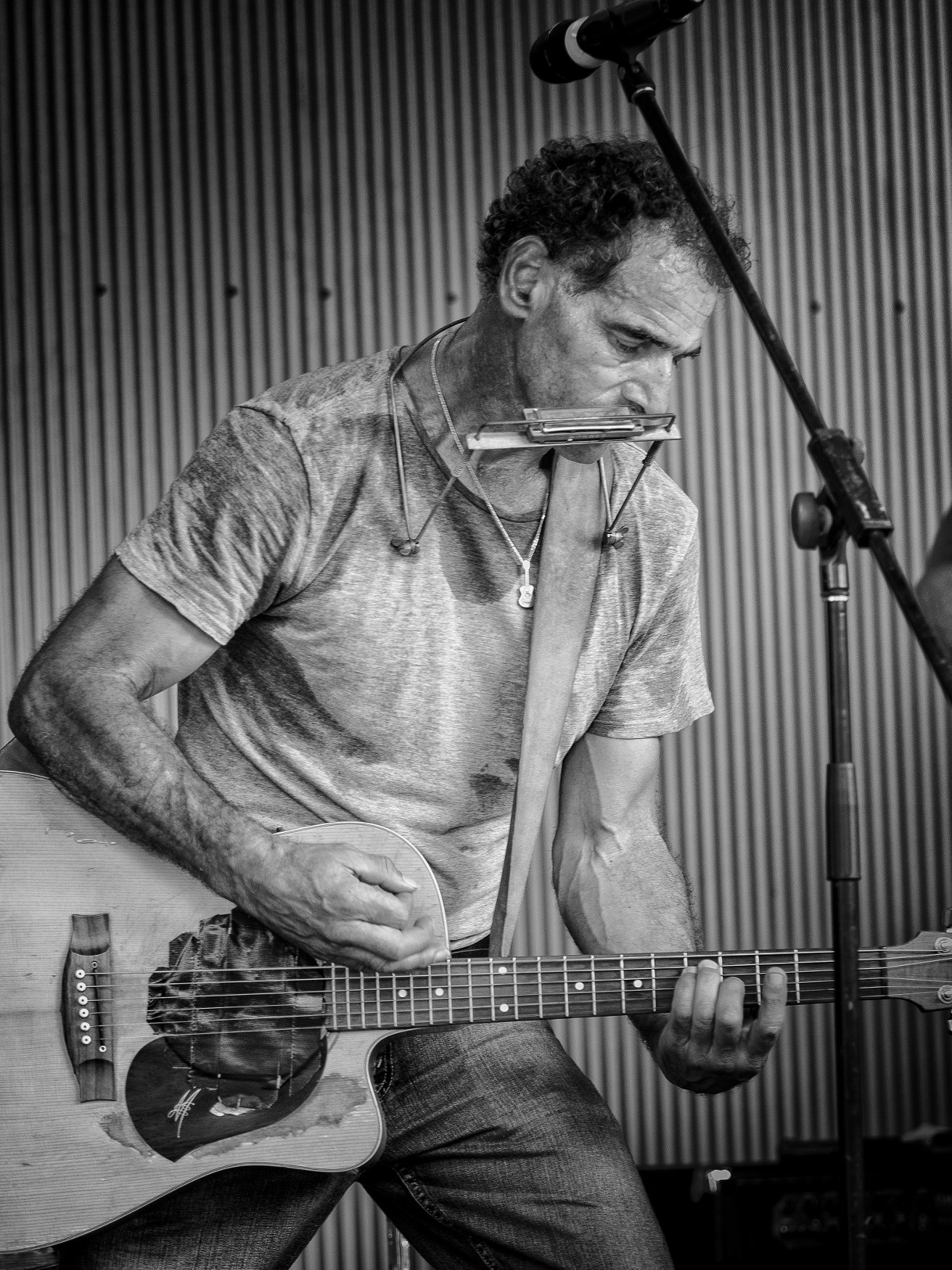 Dave Debs has been a constant part of the Australian music scene for over 25 years with more than 4000 live gigs under his belt, and 2 acclaimed CDs of original songs. Described by music writer Jon Farkasas as “One of the finest songwriters we have in this country, who far outshines many of our more recognised names.” – Australian Capital News.
Based in The Southern Highlands since 1988, Dave is well known to district audiences as a solo performer with his acoustic guitar, harmonica and strong vocal delivery, and his wide blend of styles from country, rock, blues, soul and folk, with a repertoire of around 400 songs from a wide array of artists and styles. Dave has vast experience performing at pubs, clubs, restaurants, festivals and functions of all types, as well as having supported many local and overseas acts such as Gangajang, Richard Clapton, Ian Moss, Ralph McTell and Kinky Friedman. Dave is also front-man with highly acclaimed Bob Dylan tribute Tangled Up In Bob, playing alongside ‘off duty’ members of The Angels, The Cruel Sea and The Bushwackers.