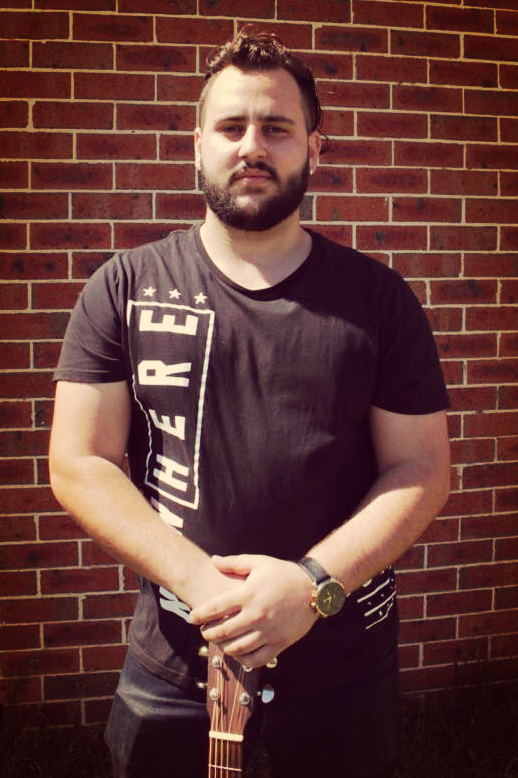 I Started playing Guitar at age 7 for a short period, restarted with small group of students in year 6 of primary school in 2007 and rekindled my desire to play guitar. The next few years I continued my growth by self training myself to play both the acoustic and electric guitars in addition I began to do some singing. In 2011 spent 6 months with a vocal coach who assisted me to learn new techniques and refine my own rock style.

In 2011 I joined a local Campbelltown Band, which I’ve since left, as Lead Guitar and Vocals, we renamed the Band “Critical Acclaim” in January 2013, and it’s a 4 piece Metal band which plays a mixture of originals and covers that include bands like Blink 182, Green Day, Foo Fighters. Have played gigs in south west and inner city area, including Hotels such as Raby Tavern, Leumeah Hotel, Appin Hotel, Ingleburn Bowling Club and Campbelltown RSL.

As a solo performer I concentrate on acoustic material were I do local area functions and parties etc, the basis of the acoustic material is a mix of modern and retro music to suit all ages, which is a blend of covers and original material written by myself.  Since playing solo performances I have been playing venues such as the town and country hotel, The Wanderer in Surry hills, Bankstown sporties, Appin Hotel, Wattle Grove Hotel, The Oaks, King street Brewhouse, Pagewood Hotel and other establishments.