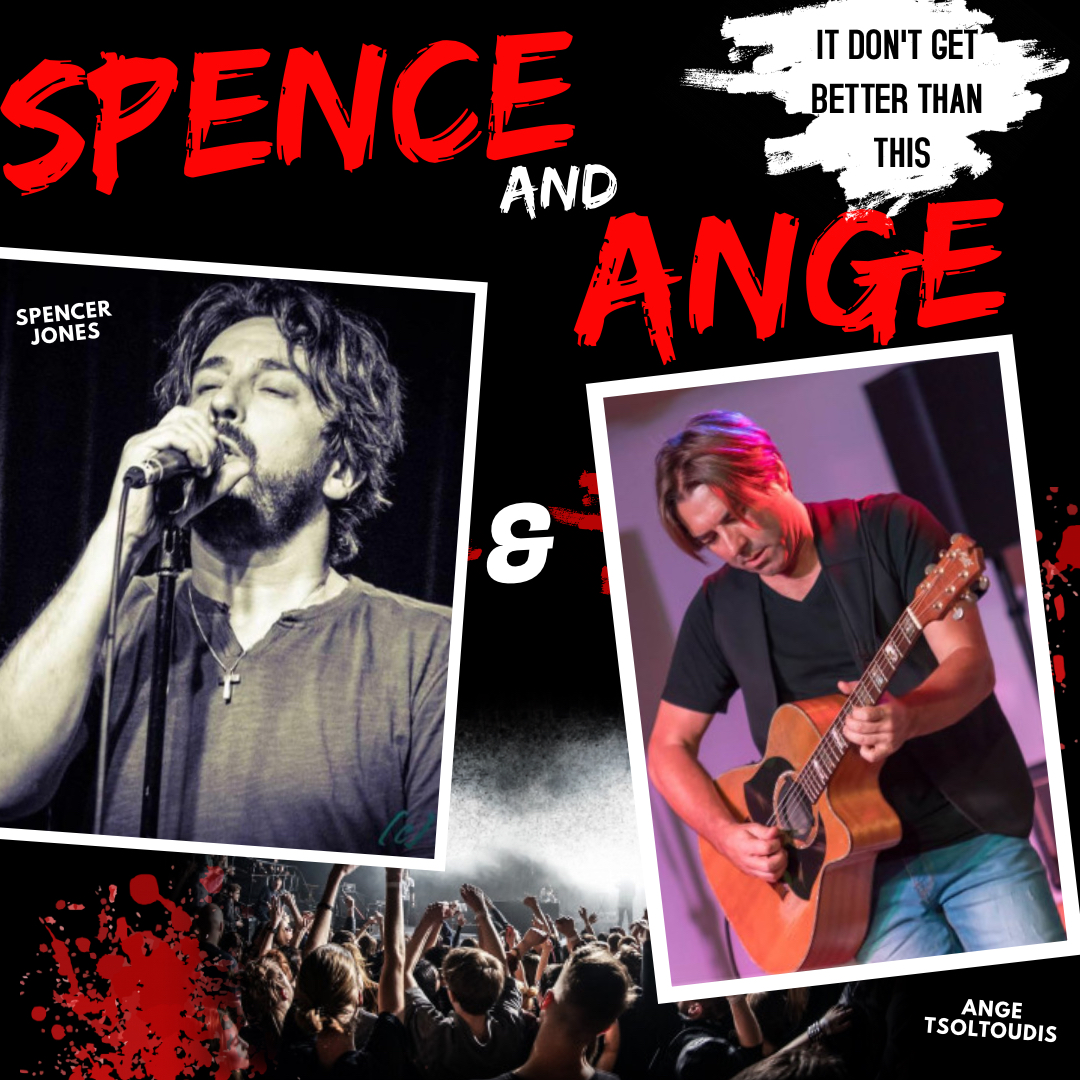 The Spence & Ange Duo is the coming together of the most sought after singer and guitarist in the country.

While Ange has toured and recorded with bands such as Dragon, The Angels, Swanee and The Bombers, and has worked as a hired gun for most of Sydney’s cover shows at some time.

Spencer Jones has also sung with some huge names in the industry such as Jimmy Barnes, Dave Leslie (Baby Animals), Glenn Shorrock and was also featured on The Voice where he shone under the coaching of Kelly Rowland becoming the most successful rock vocalist in the show’s history.

Spencer and Ange wow audiences wherever they play with their world class talent. With a mix of classic hits, you know and love, done with rare talent and tone they will leave you delighted and in awe from the experience.

It doesn’t get better than this!!!